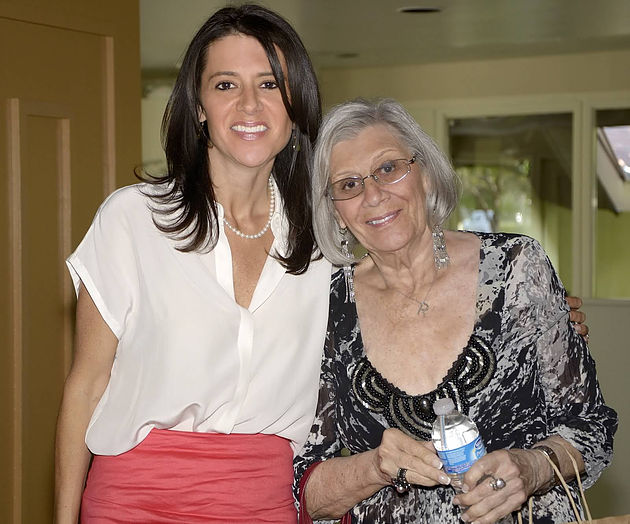 The year is coming to a close. For my family, it has been a time of great highs and great lows. 2012 brought life to my first novel (February 15), our twin sons became B’nai Mitzvah (December 8), and death befell my beloved mother (December 10). For me, this whole year came down to these pivotal dates.

Mom’s encapsulated, non-aggressive pancreatic tumor metastasized to the liver on October 10. Already we were on borrowed time; Mom had fought a valiant battle for eighteen months. With this dreadful diagnosis, we had no idea how much time we had left. At first, we thought we had days, maybe two weeks. We had already had more time than most facing this insidious disease. I’ve been forced to debate this fact often over the last fifty-six days: What’s worse, a loved one being ripped from your embrace or slowly watching her deteriorate? Both are horrible. Both hurt. Both leave you yearning and suffering.

If you knew you had an opportunity to tell your dying loved one anything you ever wanted, would you? Could you? We so often hear about telling those we love how we feel because we never know when the chance will pass. Sitting with Mom in her living room, her four children surrounding her, we confessed, unloaded, admitted, professed, apologized, asked, and shared our deepest thoughts and feelings. It was a difficult, yet profound moment, a living funeral for our loved one. I urge you take a moment and consider telling your loved ones how you feel. Today. Right now.

We always knew the likelihood of Mom attending the B’nai Mitzvah ceremony for her grandsons was doubtful. November 15 gave us a fleeting high in the midst of terrible lows. Our sons accompanied me to Grandma’s house dressed in slacks and dress shirts. They had been to a Bar Mitzvah for a friend, and Mom, in her emerging confusion, thought the day was their big day. She said, “Since I won’t be able to make the service tonight, will you say your prayers for me?” My ordinarily performance-shy boys began chanting without hesitation. Mom watched and I videoed. When they finished, she said, “When you’re done on the bimah tonight, make sure you say a prayer for me.”

As the weeks progressed and Mom’s condition worsened, we were grateful for the lucidity of that afternoon. Her suffering was so great that there were nights I prayed she would go, only to relieve her from the pain. Hope had diminished to at-home hospice with round- the-clock nurses. There I would sit at my mother’s bedside, holding her hand, telling her of my deep love for her and how much I was going to miss her. She told me she would miss me too.

The B’nai Mitzvah was beautiful. The boys performed their Haftorahs perfectly, and Dad and I beamed with pride. The ceremony was performed in the same temple on the same bimah where I had stood with my brother thirty years earlier. Our family traditions and ties were strong. We were surrounded by everyone we knew and loved. Except Mom. Her absence was painfully noted. Our friends and relatives approached us after the luncheon remarking on how we succeeded in honoring Mom while celebrating the boys’ simcha. “Mom would be so proud of all of you.” “She was here with you the whole time.” “You are pretty remarkable for holding it together as you have.”

I went to mom’s house that night and cried. I felt as though I had betrayed her for having the ceremony without her. I could not fathom the fact that she had not been there. It was a bittersweet day. Forty-eight hours later we received the phone call of my mother's death. “She’s gone,” my brother whispered into the phone. 6:18 A.M. I would never forget. Plans for the funeral were finalized; arrangements were made. We returned to the temple to say our final goodbyes to Mom. “She waited,” was on everyone’s tongue. That was my mother, selflessly thinking of her children, suffering an extra week or two, sparing us having to bury her before her grandsons’ big day.

Four days later, twenty-six were gunned down at Sandy Hook Elementary. I barely had time to grieve for my mother before my heart took over. The grotesque truth was too much to bear. When I eulogized Mom on December 11, I spoke to the crowd, “I believe there are people in the world that we borrow for a while until their work is done.” On December 14, a flicker of clarity appeared. Mom was a teacher, a mother, and someone who would have railed at the horrible macabre of that Friday morning. Comfort wrapped around me in believing Mom was holding those children’s hands, leading them through the corridor. Her new job had begun.

Though we will never make sense of this tragedy, any tragedy, consolation can be found in subtle ways: potential gun reform, help for the mentally ill, and a mother and grandmother, protecting those who were lost. They are the glimmers of hope in the midst of excruciating loss. They are the pieces of 2012. Wishing you and yours a peaceful holiday season. May you be surrounded by those you love most, with good health, sound mind, and the courage to face a new year.