How Emily Doe Touched Our Family 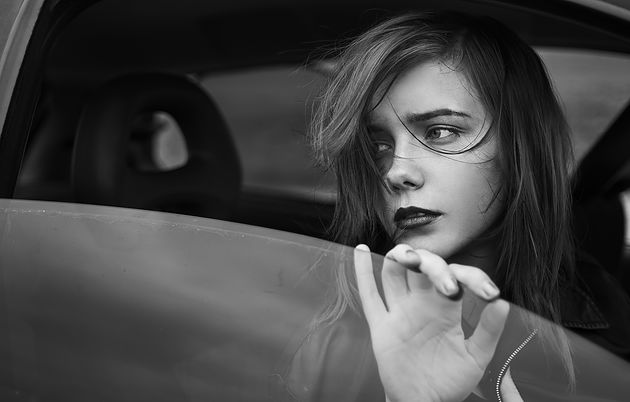 Today I had the good fortune of driving my sixteen-year-old son to an appointment thirty-five minutes from our home. Now that the boys are driving, our time together in the car is priceless. Seventy minutes with just him alone was jackpot-worthy. I couldn’t wait. We took our seats, fastened seatbelts, and I watched as he held onto his cell phone swiping and scrolling and typing away.

As we entered the highway, I eased into conversation--What are you plans later today? Did you have fun at your friend’s last night?--though I wanted to talk about something else. Then I casually brought up the issue that all of the internet was abuzz about, the Stanford rape case. Several of the news sites had just released Emily Doe’s painfully raw letter to the accused. It’s a subject we’ve discussed with our sons—the rules when it came to girls and sex. No means no. And I knew I wanted the boys to read the letter for its openness and candor, though it wasn’t something I could spoon-feed them. They had to want to read it themselves.

I explained to my son the circumstances surrounding the letter and the response from the father of the boy, at which he started to scroll the internet. “Where can I find it?” he asked.

“It’s really long,” I said, not wanting to push, holding back my delight that he was interested. My son is not a reader. And while I wanted this time in the car to talk and share, I understood the long-term value in his taking the time to read anything while on summer vacation, and especially reading this particular piece.

The seventies channel was playing background music, and he was quietly reading. Every so often, he’d quote a line or ask a question. I was grateful for the interaction yet sick about why we were having it. Communicating with our kids and sharing openly and honestly is paramount, but sometimes it’s best we don’t preach or demand. Sometimes we can sneak in a lesson by simply pointing them in the right direction and letting them be the ones to figure it out.

Though I’d had this conversation with my son, albeit not as graphic or real, hearing the victim’s words and repeating her thoughts aloud taught him a tremendous lesson which I was still very much a part of. We bonded in our agreement that the situation was horrendous. He read to me out loud, “Future reference, if you are confused about whether a girl can consent, see if she can speak an entire sentence...just one coherent string of words. If she can’t do that, then no. Don’t touch her, just no. Not maybe, just no.”

It is in those few sentences that I realized the power of the written word. It is in that phrase that I understood the lesson that had been construed from twelve pages of anguish. Those were the words my son culled and chose to repeat aloud. It was a powerful moment. As a writer, I understood Emily Doe’s gift. I wove her skills into conversation with my son, careful not to lose his interest. “She’s an amazing writer,” I said.

And he replied, “Don’t take this the wrong way, but people who experience pain like that must find it easy to write it all down.”

“There’s nothing easy about an experience like that,” I said, but I understood what he meant. Emily Doe wrote from her heart, a broken piece of herself that spoke for millions of victims around the world. I explained to him how being able to write with that kind of honesty and authenticity is a gift. It’s something I strive for in my own writing. Touching people with your words, Being human. Being real.

“She used satire,” he added, and I nodded, pleased that he recalled the lessons of his latest English teacher. Even in Emily Doe’s most embarrassing points, through the painfully difficult phrases, she found a way to interject a fair amount of sarcasm that made her relatable with genuine emotions.

I spent seventy minutes in the car with a teenage boy. Not once did he touch the radio dial to change the awful seventies station. He read a twelve-page letter that was trending on the internet’s most influential web cycles. He asked questions. He quoted. He tied in what he’d learned in school. I don’t think I’ve ever read a letter or a book that touched me as much as Emily Doe’s. First, because of its powerful truth, but second, for all the things she gave to me and my son: an open dialogue, a hard lesson, and an understanding of right and wrong. I’m only sorry Emily Doe had to suffer to make that happen.